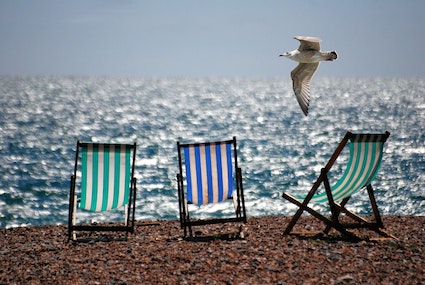 Better support for teachers, more help for disadvantaged pupils, updates to exam grading system, and new plans to improve pupil behaviour and increase academies – this was a busy week of news with much for curriculum/T&L leaders to keep up-to-date with

As the DfE opened up a fund for summer schools, concerns grew over the impact on teachers’ workload and wellbeing.

Schools can now bid for a share of the £200m summer school fund to help pupils catch up further on learning lost during the pandemic.

Spaces should be for those students ‘who have experienced the most disruption’. But the DfE said it expected incoming Y7 pupils to be the main participants to help the with the transition to secondary school.

The DfE said the summer schools would also be about improving pupil wellbeing. But many were concerned about the potential negative toll it could place on teachers’ wellbeing.

‘Give teachers a break’

On the summer school plans, the Chartered College of Teaching (CCT) said many teachers desperately needed ‘a complete break this summer’. CCT Chief Executive Dame Alison Peacock also said that the pupils most in need of this extra help ‘are not necessarily the ones who will step forward’.

Meanwhile, new research this past week revealed the toll that working during the pandemic had taken on teachers.

Four out of 10 teachers said they had experienced all symptoms of burnout since the start of this school year. Nearly one-third said they were suffering from exhaustion ‘all the time’. One in three felt cynical about the profession ‘all the time’, with 80% feeling this some of the time.

Nearly three-quarters said that as a result, they felt unable to do their job as expected, some or all of the time, indicating the huge issue of work-related stress in the profession.

Teachers must be better supported, said the research commissioned by the Education Support charity.

To prevent more staff leaving the profession, teachers should be given a minimum entitlement for professional development.

Offering all teachers at least 35 hours of CPD each year, at a cost of £4 billion over 10 years, could ‘significantly improve retention’, said new research from the Education Policy Institute.

This country lags behind others abroad, said the researchers. The international OECD average is 62 hours per year.

The majority of CPD that teachers in England currently get is likely to not be of high quality, said the report, The Effects Of High-Quality Professional Development On Teachers And Students.

A recent pilot by Wellcome revealed that just 11% of teacher CPD met the government’s quality criteria, cited the researchers. Quality is more important than quantity, they added.

Benefits to teachers and pupils

On average, 40k teachers leave the profession each year, said the EPI. This is before Covid – various surveys this past year have revealed that many more teachers plan on quitting earlier than planned. With the CPD entitlement, leakage of staff could be cut by up to 30%, said the report.

This will also bring benefits to pupils. ‘If the government can get the delivery and quality of the programme right, such an entitlement would significantly boost pupil attainment and future earnings,’ said one of the report’s authors James Zuccollo, EPI Director for School Workforce.

A ‘specific and realistic financial commitment’ from the government was vital if schools are to ‘offer effective CPD to all staff’, said NEU Joint General Secretary Kevin Courtney. He also said that securing a set number of CPD hours for every teacher should not become a ‘tick-box exercise’.

A try-before-you-buy scheme is to be offered to schools thinking of joining a multi-academy trust (MAT). This is so they can ‘see for themselves first-hand what being part of a strong trust involves’ before they decide whether to formalise the arrangement or not.

These temporary partnerships are an attempt to get more schools to join MATs, said education secretary Gavin Williamson.

Speaking at the Confederation of School Trusts (CST) annual conference, he said: ‘I see no reason why every local authority-maintained school in the country shouldn’t consider taking up this opportunity as soon as possible.’

Back in March, he signalled his intention to encourage more schools to reside in ‘strong families’ of multi-academy trusts by 2025.

This past week, Mr Williamson announced that the DfE would be investing up to £24m in its Trust Capacity Fund to help MATs to take on more academies in the next school year.

Many more MATs are now centralising HR, Health and safety, finance and other key policies, according to new research released by the CST just ahead of its conference. This, they said, is so they can give heads more time to focus on supporting pupil welfare.

Adopting this approach during the pandemic had allowed for more compliance with health and safety and guidance and other statutory requirements said one participant in the research.

ASCL General Secretary Geoff Barton said the government was ‘obsessed with the narrow idea’ that MAT expansion was the way to strengthen collaboration between schools.

Letting schools trial being part of a MAT before joining did not ‘add up to very much’ given this has already been happening informally, he said.

The NEU said the system does not need fragmenting further into competing MATs. ‘The pandemic and the disruption it has brought to our education system is in fact far from over; now is not the time to begin forcing schools into irreversible changes based on dogma,’ said Joint General Secretary Kevin Courtney.

Government wants to carry out a ‘national behaviour survey’ in schools to find out what needs to be done to improve pupil discipline.

Education Secretary Gavin Williamson announced the plans when speaking at the Confederation of School Trusts (CST) annual conference. The survey will run once a term, starting from the next school year, he said.

It is about building a national picture of behaviour in schools over time, and will not be used as a school performance measure, he said.

‘Lack of trust in teachers’

This survey, along with plans to ban mobile phones, as a way to look further at school behaviour was ‘thin gruel’, said ASCL General Secretary Geoff Barton. Schools already manage challenging behaviour well, and have robust policies on mobile phone use, he said.

Shadow Education Secretary Kate Green told delegates at the CST conference that the government had done schools a ‘gross disservice’ in the way it had treated them throughout the pandemic. Mr Williamson has treated them ‘as a problem to be solved, or a political enemy to be briefed against’, she said, not as ‘allies in meeting a national challenge’.

Concern over how the grading of this year’s exams would impact on teachers’ workload mounted.

Uproar ensued after Ofqual’s announcement last week that schools would have to provide samples of students’ work with just two days’ notice, as part of its quality assurance process.

This week Interim Chief Regulator Simon Lebus defended the decision saying that it ‘should not take too long’ for schools to do, and that it was being done in a way to ensure teachers’ don’t have their holiday interrupted.

‘The sample size is relatively modest, in recognition of the workload on centres, and the collection and submission of it should be able to be managed by exams office staff with minimal call on teachers or heads of centre,’ said Ofqual’s updated guidance.

Meanwhile, exam board AQA told schools not to expect a ‘leap back to normality’ for GCSEs and A-levels next year given the ongoing impact of the pandemic.

‘We’ve got a whole generation of students here who’ve been impacted by this pandemic, and we’ve got to think very carefully about doing the right thing by them,’ Chief Executive Colin Hughes told delegates at the Schools and Academies Show.

Schools must be consulted on the process, he said. He also added that exam boards should not be ‘shy’ about the debate around abolishing GCSEs altogether.

Nearly one-third of secondary school headteachers said they have had to use pupil premium funding to plug gaps in their school budgets. This was a significant rise from 2019, found the research commissioned by the Sutton Trust.

‘This situation has worsened over the past year because of the government’s abject failure to provide sufficient financial support to schools for Covid-associated costs, such as the extensive safety measures they have had to put in place,’ said ASCL General Secretary Geoff Barton.

The research by the NFER revealed the impact this has had on those students for whom the pupil premium is there to help. ‘The cost to schools of coping with the pandemic is having an impact on funding earmarked for disadvantaged pupils’, said the Sutton Trust.

Schools are set to lose out on more funding this year given the change in the census date that is being used. A significant number of students whose family circumstances changed during this period October 2020 to January 2021 should be eligible for pupil-premium help now, but schools will have to wait another year to be given this funding for them. ‘Gavin Williamson must come clean as to how much schools have lost as a result of his moving the goalposts,’ said NEU Joint General Secretary Kevin Courtney.

The Sutton Trust has called on government to reverse this funding decision, and prioritise more financial support for disadvantaged pupils as part of its education recovery plan.

Meanwhile, Schools Minister Nick Gibb revealed that more than half of those pupils enrolled in the Covid-catch-up National Tutoring Programme had not yet started their sessions.