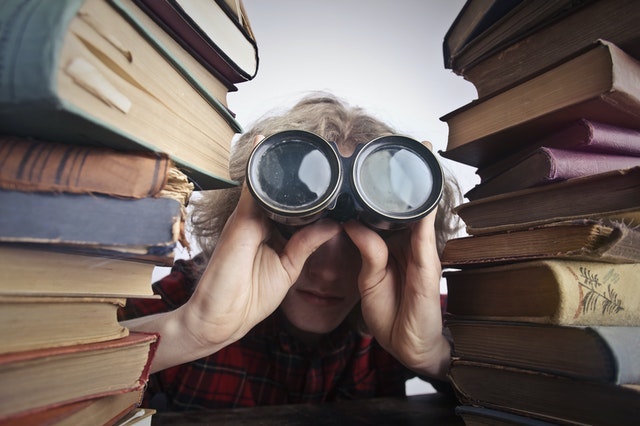 Ofqual, Ofsted, education recovery and government funding – and lack of it – were the main players in the past week’s news

Ofqual was in the news throughout the week, as debate continued over how to take account of lost learning, ensure fair grades and potentially prepare for online exams in the future.

Ofqual announced it is to consult schools over next year’s exams to ensure they are ‘fair’ and ‘valid’ following ‘disruption to education’ caused by the pandemic.

The qualifications regulator said it plans to investigate learning loss ‘through national and international reviews of research’.

In a survey of teachers, Ofqual found that nearly one in three felt pressured about the grades they gave. This was largely in relation to ensuring their grades were not more generous than exam results for the previous year’s students.

In a blog post on Thursday, it warned of bias in teacher assessment results. It also published a review on last year’s grading system, looking at the ‘systemic divergence between teacher and test-based assessment’. It concluded ‘bias against the more disadvantaged (or in favour of the less disadvantaged) was a common finding’. Its findings on gender and ethnicity bias were ‘mixed’.

To try and avoid any bias this year, Ofqual said it had revised its information to teachers about ‘making objective judgements’.

There has also been much discussion recently about whether in future exams could be operated online.

The pandemic has made Ofqual consider these new approaches for the future, said its Interim Chair Simon Lebus. In the awarding body’s corporate plan, Mr Lebus said they were looking at the future of technology in relation to the ‘qualification industry’. This, he said, was so ‘we are best positioned to apply the learning to regulate for public confidence and standards in response to COVID-19 and looking ahead to the future’.

Parents give their verdict on the impact of the pandemic on their child’s education.

Nearly nine out of 10 parents believe their child’s school did a good job in handling the pandemic. This was one of the findings of Ofsted’s annual parent survey. It showed ‘just how much parents appreciate the huge effort and creativity schools have shown to help them educate their children at home’, said Ofsted Chief Inspector Amanda Spielman.

Meanwhile, Ofsted has been appointed to take on the quality assurance of the new school inspection accreditation scheme, approved by government last year. Ofsted said the DfE was providing funding for 2021-22 so it could develop and implement this new online inspection framework.

It was also announced this past week that Ofsted’s national director of education Sean Harford is to step down at the end of August to take early retirement.

As curriculum leaders looked to prepare for summer school, resources were offered, while plans were considered about how to ensure the most disadvantaged pupils benefited from catch-up support.

Oak National Academy, the remote school funded by government, said it was preparing resources for teachers to use in their Covid catch-up summer school. These will be available from 7 June. It is also offering schools support in planning their summer school programme.

‘We’ve worked with teachers to identify priority topics for every year group, creating lessons to best support all pupils,’ said Principal Matt Hood. ‘Whether you want to run a full summer school, set tailored learning to give pupils that additional support or to share resources with parents looking for advice – Oak is here to help.’

Debate continued on whether and how to extend the school day as a means of helping pupils catch up on learning lost throughout the pandemic.

If the school day is to be extended, this should be compulsory for all so that disadvantaged pupils attend, Catch-Up Czar Kevan Collins told the House of Lords. ‘If we do want to increase the amount of time children spend in school for the richer experience, it should be woven into the curriculum and become part of the compulsory school day,’ said Mr Collins in response to questions from the Lords.

He also said that students should be given up to four years to get the required grade 4 in GCSE English and maths.

Government is giving with one hand and taking with another was schools’ verdict on funding news out this week.

New IFS analysis published on Thursday showed the DfE has so far spent £4.3bn in response to the pandemic. Nearly one third of that – £1.3bn – is to come out of existing budgets. This ‘creative accounting’ will not fool teachers or parents, said the NEU.

‘This report from the IFS exposes another example of the gap between Government rhetoric about investing in education recovery and the reality,’ said General Secretary Mary Bousted. ‘The Government have allocated just £250 per pupil which compares poorly with other nations like the United States and the Netherlands, which are investing £1600 and £2500 per pupil respectively.’

Most of the extra spending was on day-to-day or resource spending, said the IFS.

ASCL General Secretary Geoff Barton was concerned about the government’s financial commitment to education recovery. It seems the ‘vast amount of money trumpeted by the government’ was coming from what the DfE was ‘able to find down the back of the departmental sofa’, he said.

Local authorities have been offered £10m to help improve the quality of teaching, as part of the government’s ‘levelling up’ agenda. Prime Minister Boris Johnson also announced an £18m extension of the opportunity areas programme, designed to improve outcomes in more deprived areas.

Geoff Barton said that while his union the ASCL welcomed any commitment to education, it was ‘frustrating to see piecemeal announcements being portrayed as though they are a grand vision’. There needs to be a ‘big’ and ‘ambitious’ plan put in place that is properly funded by the Treasury, he added.

Meanwhile, it was revealed that schools could lose £118m in pupil premium (PP) money due to the change in how the funding is calculated. The Local Government Association said the government should change the PP reporting date so schools can receive funding for all of its eligible pupils this year. ‘It is imperative that the Government ensures that no school loses out in receiving this vital funding this year and that no child is left behind,’ said Cllr Teresa Heritage of the LGA.

‘The government is very keen to promote its levelling up and education recovery agendas and one way it can easily demonstrate its commitment is by ensuring schools are recompensed for the pupil premium funding they have been so cruelly denied,’ added ASCL General Secretary Geoff Barton.

The NAHT agreed. ‘The government is giving with one hand while knowingly taking away with the other,’ said General Secretary Paul Whiteman.

As the Skills and Post-16 Education Bill went through Parliament, UCAS Chief Clare Marchant called it ‘a once-in-a-generation chance to level the playing field between all the options after secondary school’. while the DfE set out its ‘impact assessment’ of the proposed reforms.