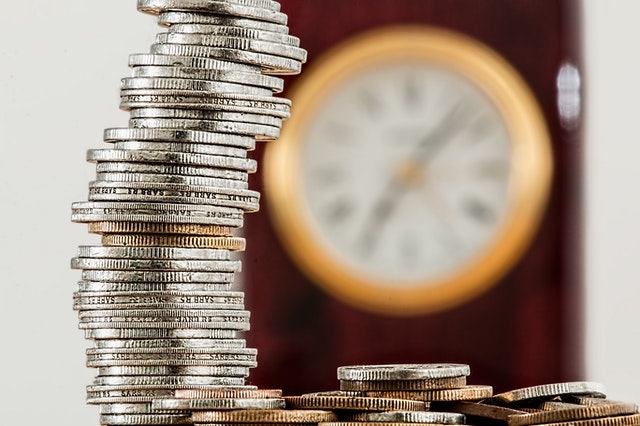 Funding row over catch-up cash, long wait for mental health money, exam grading pressure, with schools urged not to send pupils home early – these were the top stories this week

In response to the ‘paltry’ new amount of money for the education recovery programme, the government’s Catch-up Czar quits the same day.

Under the new £1.4bn recovery plan, pupils have been promised an extra 100m hours of catch-up tuition. But the fund falls well short of what schools thought they would get.

How will it be spent?

The bulk of the new money, £1bn, is to provide a ‘national tutoring revolution’. More than half of this will go direct to schools to employ their own staff for the tutoring.

But from the next school year, schools will be expected to pay one-quarter of these costs. Within three years, they are expected to cover nearly all of the costs themselves.

The government’s Catch-up Czar Kevan Collins had hoped for as much as £15bn in funding.  Later on the same day the £1.4bn was announced, he quit his job: the money was not enough to achieve a ‘successful recovery’ programme.

In his resignation statement he said the catch-up package was ‘too narrow, too small and will be delivered too slowly’.

He added: ‘The pandemic has affected all pupils but hit disadvantaged children the hardest’.

‘Sir Kevan Collins’ resignation tops off a truly awful day for the government and a deeply disappointing one for all those working in schools,’ said NAHT General Secretary Paul Whiteman. ‘There is little point in appointing an internationally-respected education expert as catch-up Tsar if you fail to listen to what they have to say.’

The following day, a group of Tory MPs are believed to have demanded that the government rethink its catch-up fund, following the inadequate amount offered earlier in the week.

Tory Chair of the Education Select Committee Chair Robert Halfon told the BBC Today programme that the government had found £200m for a yacht – ‘so where there is the political will, the Treasury can find the money from the back of the sofa’.

He added: ‘If Sir Kevan’s resignation does one thing I hope it gives impetus to the government to set out a long-term plan for education, with a proper funding settlement.’

Professor of Social Mobility at Exeter University Lee Elliot Major also told the Today that Mr Collins was ‘one of the most respected’ people in education. He hoped his regrettable resignation would be a ‘wake-up call for government’.

A leaked report by Catch-Up Czar Sir Kevan Collins, seen by The Times, revealed plans to extend the school day by half an hour.

But the DfE announcements of the much reduced funding pot made no mention of this. This is thought to be still under review, with an announcement due later in the year.

Later in the week, Home Office minister Victoria Atkins told the BBC Today programme the government had not ruled out extending the school day.

‘Rarely has so much been promised and so little delivered,’ said NEU Joint General Secretary Mary Bousted on the actual money provided.

The NAHT called the cash ‘paltry’ adding that ‘education recovery cannot be done on the cheap’. The union flagged up the ‘incredible lengths’ schools have already gone to in helping pupils recover. ‘Fortunately, education professionals don’t wait for the government to tell them how to do their jobs and have been working on recovery all along, but real support for that effort is badly lacking,’ said General Secretary Paul Whiteman.

Meanwhile, there is still no mention of cash for transition, including for providing pupils with vital careers guidance.

Teachers and students are feeling ‘massive pressure’ to get evidence for grading under this year’s exam assessment system, said school leaders.

The volume of mock exams and assessments is having a negative impact on pupils’ mental health and wellbeing. Students shared their experiences on the ‘Hold Ofqual and Government to Account’ Twitter account.

Teachers’ workload has ‘soared’, with some saying it is adding on average an extra 12 hours to their week, said the NEU.

‘It is unacceptable that, because of Government inaction, school and college staff have been forced to bear the brunt of huge additional workloads in order to make the system work,’ said the union.

So it has written to Education Secretary Gavin Williamson to call out the ‘totally unreasonable position’ he has put the profession in, by what Joint General Secretary Mary Bousted called his ‘ineptitude and incompetence’. The letter called on government to offer teachers a one-off payment of £500 for the extra work involved in providing the grades.

Schools have been told not to send exam-year students on study leave. This is giving them an extended holiday, when they should be receiving education in school until the end of the term.

Ofsted Chief Inspector Amanda Spielman told the Guardian: ‘The Department for Education has set clear expectations for schools to encourage year 11 and 13 pupils to continue their education during the last half of the summer term, even if the work they do doesn’t contribute towards their final grades.’

This would help them to prepare for the next stage of their education: ‘This makes sense as many pupils have struggled to learn remotely, and so haven’t got as far as they might otherwise have done.’

DfE guidance said that ‘period of independent study leave may not be applicable’ for Year 11-13 pupils.

It is up to schools what learning activities they provide. But the DfE stressed the importance of offering some provision: ‘We strongly encourage you to maximise opportunities that meet the progression needs of your students during this period.’

The way to achieve this is for this ‘strategic change’ to be overseen by a senior mental health lead, said the DfE in its new guidance to schools.

So it is offering grants to train such a lead in every school. In this two-day training, these leaders will be shown new approaches to promoting mental health, said the DfE.

But some schools will have to wait until 2025 to receive this training. One in three schools should receive it by next March.

The grant is about £1,200, for the two days’ training – but schools will have to wait until the autumn for the DfE to confirm the actual amount. The department has said it is up to schools who receives the training.

It will let schools know ‘soon’ about when and how to apply for this grant.