Examining exams, PM ‘must do better’ 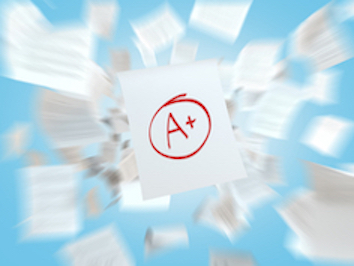 As A-level results set some new records, concerns mounted over the impact on students’ futures, while the prime minister was lambasted for not handling exams properly during the pandemic

Record numbers of students are heading to university next year, as A-level results’ day produced higher grades than the last time exams took place in 2019.

The day before students got their grades, Education Secretary Gavin Williamson praised them for their hard work during an ‘ extraordinary and challenging year’.

As results’ day dawned, the DfE reminded students and staff of its Exam Results Helpline for those students needing additional advice.

There were concerns that the system of teacher assessed grades (TAGs) – used in place of exams – had unfairly disadvantaged the disadvantaged. The Sutton Trust flagged up the ‘growing gaps between independent and state schools at the top grades’.

Chair Sir Peter Lampl said: ‘While it’s encouraging to see more students from less affluent areas going to university this year, it’s of real concern that the gap between those from less affluent areas and those from well-off areas has grown.’ He urged universities to take account of the fact that disruption to learning during the pandemic has affected students from lower-income families more than their peers from better well-off homes.

Others were worried that the increase in uni places meant many students would be joining when this was not the best option for them.

There was also the concern that students taking exams in future years would be unfairly judged against the higher TAG grades for the 2020 and 2021 cohorts.

A report from the Institute for Government warned that ‘even if exams can be sat in the usual way next year they cannot be assessed as usual, as a sudden return to the 2019 grading model would heavily penalise the 2022 cohort’.

Covid tests: school exams in 2022 and beyond, written by former government education adviser Sam Freedman, said that future exam results should be ‘permanently rebased’ to the standard seen in 2020. This year’s results should not be used as they were ‘so high as to make the university admissions system potentially unworkable’.

The report called for a ‘full review’ of assessment. It also urged Ofqual to put in place a ‘resilience strategy’ for next year, so that schools are ‘better prepared for future crises’.

Meanwhile, Ofqual confirmed that next year’s vocational exams would not involve TAGs.

But exam boards may amend assessments where they feel necessary to take account of the impact of Covid-19 on students’ learning. This could then free up more time for teaching and learning (T&L), said the qualifications regulator.

The decision on what will happen with summer 2022 GCSE, AS and A-level exams is expected at the start of the new school year.

Ofqual also announced details for the final stage of appealing a grade. This is when a student has appealed to the exam board and is still not happy with the outcome. Ofqual will then look into the circumstances, and inform the exam board of its view on the decision.

But Ofqual stressed that it could not change the grade itself – that was down to the exam board. If after evaluating Ofqual’s assessment the exam board still felt the student was awarded the correct grade, then the grade would stand with no recourse for further appeal.

Boris Johnson has been slammed for his poor treatment of schools during the pandemic.

A new report from the Institute for Government (IfG) claimed that the prime minister told the DfE not to make contingency plans for the summer and autumn exams last year in case of another lockdown. This was his ‘single biggest failure’ in his handling of schools, it said.

A No10 insider told the IfG that this action was taken because ‘if you prepare for these things not happening, then the outcome is that they are far more likely not to happen… people will look for the easy way out and take it’. This then caused schools to be unprepared when exams had to be cancelled a second time in spring 2021.

Overly centralised control, a fractured relationship between Number 10 and the DfE, and a refusal to work with local authorities and ‘dreadful’ communications resulted in ‘U-turn after U-turn, with pupils, parents and teachers left bewildered and floundering time and again’, continued the report, Schools and Coronavirus.

In a further damning indictment of the prime minister, an inside source from No10 said Johnson’s ‘default is to bluff. To talk up things to such an extent that they will happen through the force of his own personality. Which is a very powerful tool. But the virus doesn’t listen to those messages’.

Both the PM and his Education Secretary Gavin Williamson ‘seemed determined to appear to be in control of events that they could not in fact control’.

Crucial decisions were taken by Number 10 with Education Secretary Gavin Williamson not involved in the meetings, claimed the report, whose findings are based on interviews with key ‘figures within government and education experts’.

‘I have never understood the failure to make contingencies for exams in the face of the obvious risk and whole profession calling for them,’ said NAHT General Secretary Paul Whiteman. ‘This report exposes the sadness of the profession over the failures.’