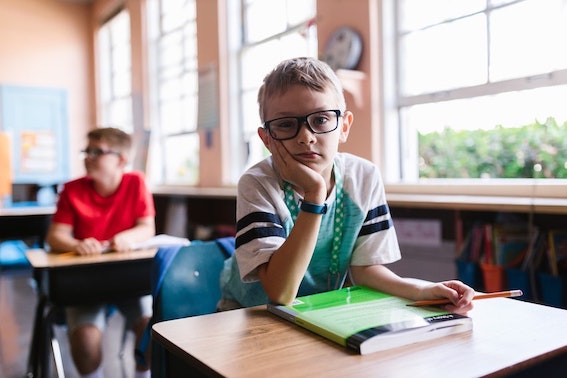 As schools prepared for the start of the new year, government announced new measures to deal with Covid safety and potential disruptions to learning.

For many, this was once again ‘too little, too late’.

From September, government is to hand out 300,000 carbon dioxide monitors to schools to help improve ventilation.

Following pressure from unions, the government quickly responded with this £25m scheme.

All schools are expected to receive at least ‘partial allocations’ during the autumn term, said the DfE.

While welcome, these should have been ready for all at the start of term, said ASCL General Secretary Geoff Barton.

In other Covid-related news, the DfE announced a new legal requirement for schools to provide ‘ high-quality remote education’ if pupils have to self-isolate.

The previous directive on this expired in July.

This is unnecessary said heads, as the DfE had already told schools last week to ‘maintain’ their capacity for providing remote education.

The DfE said schools would be able to apply for ‘up to £75’ per disadvantaged pupil to help them to access remote education if required. This money would cover purchase of ‘mobile dongles or broadband routers’ for these students.

‘The government would do far better to spend its time focusing on how it can support teachers and schools who could be asked to once again balance in-person and remote education this term,’ said NAHT Deputy General Secretary Nick Brook. ‘A grant of £75 will not go far in properly equipping them with internet connections to continue their education effectively.’

Meanwhile, the DfE announced that from October schools will only need to provide Covid-19 attendance data on a weekly basis. Currently, this has to be provided daily.

By October, all ‘will have settled into the new term’, said the DfE in its email to schools.

Geoff Barton said his union was concerned ‘over the potential risk of a high number of infections among pupils which cause more educational disruption’.

Meanwhile Shadow Education Secretary Kate Green slammed Gavin Williamson following ‘reports in the media’ that the start of the school term could be delayed.

She has urged the Education Secretary to make a clear announcement now so schools and families know where they stand.

‘ The Conservatives’ systematic refusal to plan ahead is just not good enough,’ she said.

Schools in disadvantaged areas should be able to reduce their teachers’ timetables by one-fifth to give them more time for professional development and lesson planning.

The call made by TeachFirst followed a survey it commissioned in May of 6,000 teachers which found that more than half thought less teaching hours would make a difference.

It found that disadvantaged pupils were twice as likely to have fallen behind with their learning during the pandemic.

‘Inequality has been baked into our education system for too long and we need sustained action to tackle it,’ said CEO Russell Hobby. ‘The pandemic has made the situation worse: affecting some pupils far harder than others.’

To put this in place would mean increasing the teaching workforce, which would cost government about £30m a year if it started the scheme with just 1% of the most disadvantaged schools, said the charity. The DfE should then scale this up to at least 5%.

‘Teachers in these schools face unique, context-specific challenges that make it more challenging for them to teach a typical timetable than if they were teaching the same number of lessons in a school that serves a more affluent area,’ said its manifesto. Reducing their timetables by recruiting more staff would lead to improved pupil outcomes, believes the charity.

TeachFirst also called on government to better its Covid-19 education recovery package. Teachers’ pay should be increased, particularly for those working in disadvantaged areas, it said.

Arts education has been in freefall since the Tories came into power.

This was the claim made by the Labour Party as it announced its ‘Ten by ten’ pledge. This will offer 10 life-changing extracurricular experiences to all pupils by the age of 10, said Shadow Child Poverty Minister Wes Streeting. These include overnight trips, swimming and music lessons.

In a profile in the Guardian, Mr Streeting said that these key life changing opportunities could also help improve pupils’ mental health, which for many has suffered during the pandemic.